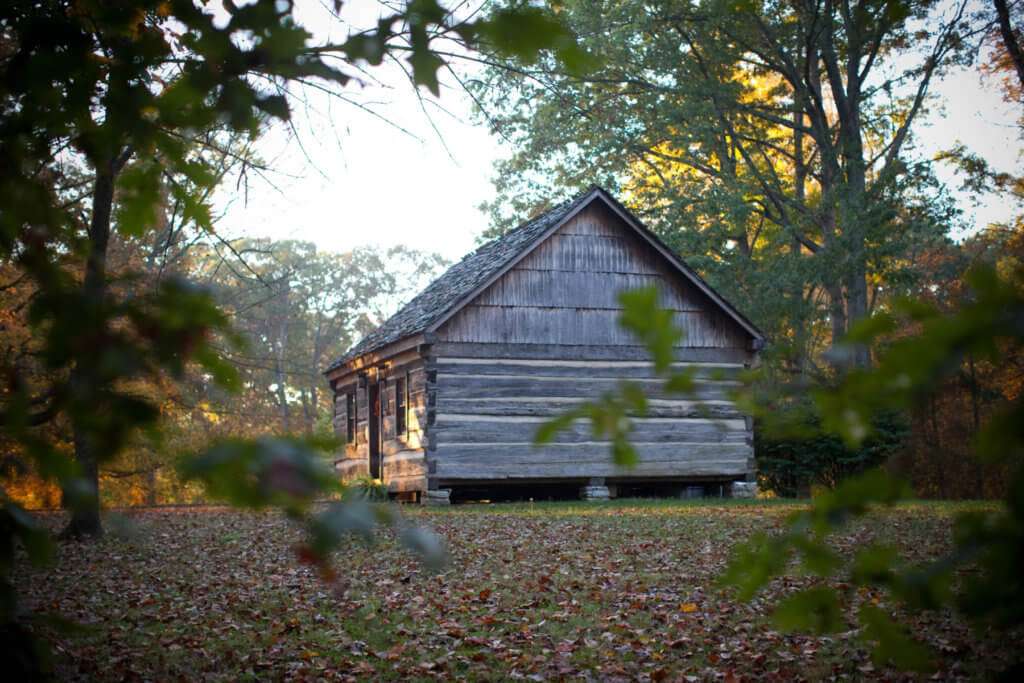 The Robertson Meeting House (formerly called “Old Bethel”) was built in 1807 for Nathan Robertson by Andrew Mitchell on Robertson’s farm in Clark County, just north of Charlestown, Indiana. It is the oldest surviving building of the Indiana United Methodism. In 1999, the Meeting House was moved from Greencastle to the Rivervale campground. In his Story of Old Bethel Church (1954), Worth M. Tippy described the building as a little church, twenty by thirty feet, built of hewed poplar logs, clapboard roof, and puncheon floor; that is, boards were split from virgin yellow poplar trees and hewed to a fairly uniform thickness. The little church has been modernized with electricity, heating, and air conditioning.